The Friends of André-Charles Nauleau

Welcome to the internet site of the Association of « André-Charles Nauleau’s Friends » (1908-1986).
Although originally created in French, thanks to the numerous illustrations inserted in the text, it is rather easy to flip through in other languages.

André-Charles Nauleau is a well-known French painter. During more than 50 years he painted his region, Vendée, inventing his own drawing « language » to represent the various landscapes the sea, the marshlands and the bocage… a mixture of woodland and pastureland. 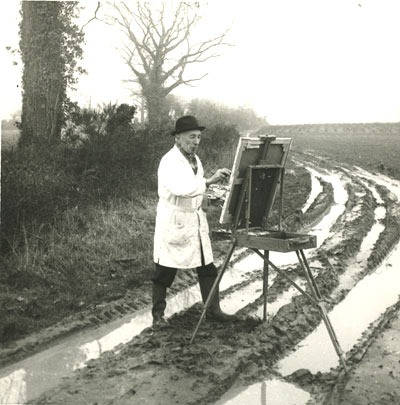 Aims of the Association

André-Charles Nauleau was born on 6 May 1908 in La Roche-sur-Yon a town situated on the Western Atlantic coast of France.
At the age of three his parents treated him with a box of colored pencils and soon discovered a real predisposition for drawing. « As far as memories draw back I can see myself with a pencil or brushes in hand. Since the age of three attracted by what would become my life and to which I sacrificed a lot … I just painted… »
In 1918 he starts learning and working with a drawing Teacher called Léon Haudeville who taught and transmitted him the academic basics in Paul Baudry’s style.
1927 he participates in his first group exhibition : Le Salon Yonnais. He offers to the public the result of his open air escapades, with easel and colored paint tubes. His impressionist paintings mainly recreate his own feelings in front of nature. « I paint with my own sensitivity the landscapes of my homeland often until nightfall. »
During the 1940s his career faces a turnover. Tormented paintings appear; amalgamated colors squeezed on the palette are being remodeled and directly mixed on the canvas often by instinct and with a painting knife. His dark ink-black skies bring in heavy weight, the muffled thread of a malediction, an obsessional accent…. By then he is called the Vendéen Vlaminck. « At that time my painting reflects the mould of my rather tough, character; the canvas bears rather violent contrasts, often darkened by a certain virulence. »
From 1947 the doors of the Parisian Salons are being wide opened to him : Salon National des Beaux-Arts, Salon d’Hiver, Salon d’Automne, Salon des Artistes Français, Salon de l’Ecole Française, Salon violet, etc.
In 1954 he receives the Palmes Académiques a decoration given to him by Ministry of Education, for his way of serving Arts.
In 1964 he presents his work in Great Britain and participates in a exhibition of the « Royal Society of British Artists » in London.
In 1965 the artists reaches maturity, both character and painting become softer, rounder. He abandons the painting knife and turns back to brushes, the lines become thinner, the colors more elaborated. « Today I’m 60, there is no change in my style; I’m still painting the Bocage all year round, through the four seasons, together with the marshlands but under more quiet skies and flowers… plenty of flowers. I’ve reached a kind of serenity which is reflected in my own character and in my paintings. »
In 1969 a film about his life is shot by The Caméra-Club of La Roche-sur-Yon.
In 1979 one of his paintings is offered to the President of the French Republic. (then Valéry Giscard d’Estaing) by the inhabitants of « La Rabatelière« . For the artist this gesture is a strong symbol his painting is now becoming the Ambassador of the whole Vendée.
During his life and career André-Charles Nauleau met numerous artists such as Gaston Chaissac, the Martel Brothers, Jean Chevolleau, Henry Simon, André Astoul, Albert Deman, Lucien Chenu, Roger Ducrot, Guy Fagette… 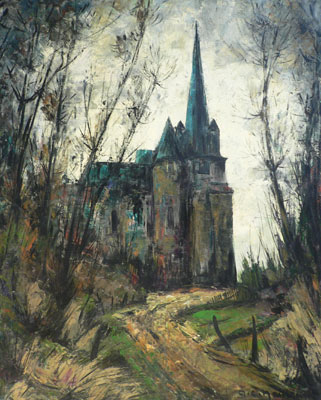 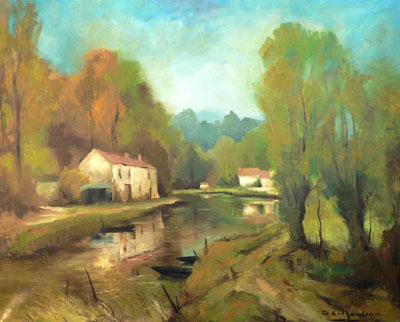 It is not quite easy to place the creations and work of André-Charles Nauleau in a determined artistic trend
His approach is nonetheless directly linked to the impressionist’s philosophy and way of thinking
(Claude Monet, Eugène Boudin, Pierre Bonnard, Maximilien Luce, Camille Corot…)
Tin tubes come onto the market in 1840 and bring a whole revolution and great evolution into painting… The impressionists can now bring all their material with them anywhere in the fields and into nature. That’s the most important characteristic of this period based on painting in open air, directly after the model.
This is the way André-Charles learned to work. His paintings are realized rather quickly directly with the model or landscape at sight which allows fixing brisk and sudden lights and skies. He is confronted
to the weather changes, he lives the landscape, he is subdued by it, admires the view and gives an interpretation of his own feelings and of these lights and views on canvas. Light and water play an important role in impressionists’ paintings. André-Charles Nauleau is fascinated by the inundated marshland. At the first autumn rainfalls important quantities of water swamp meadows and isolated « bourrines » local thatched roofed low houses and make them float in the middle of this immensity. He realizes complete series of pictures of these marshlands to immortalize each variation of light.

André-Charles Nauleau wrote : « I’m spending my free time in field tracks where water pools reflect the sky. Bringing back my balance when sunset carves out the woods on the horizon like a piece of lace, when oak-trees lift up human shapes with their heads and arms that reach the skies. I am truly fond of Vendée and I think that I managed to sink into its deep soul. My paintings are not only my entire work but represent the largest part of my own life, my ambition, and my passion. » 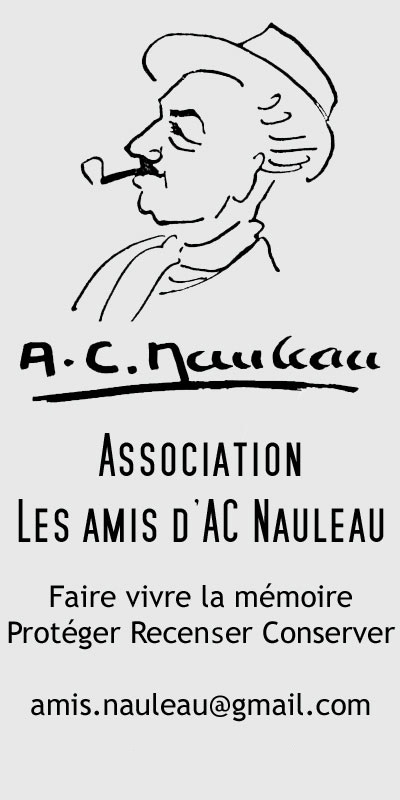